At California Humanities, we love to read and now we’re sharing with you our picks for the summer.

NEHA BALRAM: Yes Please by Amy Poehler
There is no other word to describe how I feel about female comedians on mainstream TV than “thrilled”. Amy Poehler has been, and is, someone who has proved time and time again that women can be funny too. While the book is filled with personal funny stories, Yes Please is also an opportunity for me to learn more about a woman who I admire for being excellent at her job, but also for serving as an alternative example of what a successful woman looks like.

ANGELICA DONGALLO: The 80/20 Principle: The Secret to Achieving More with Less, by Richard Koch
I was introduced to the 80/20 principle (the idea that 80% of results are produced by 20% of our efforts) by Tim Ferris’ “The Four-Hour Work Week,” and it’s really stuck with me as both an intriguing and applicable concept. In my efforts to downsize (I moved from a two-bedroom apartment to a studio not too long ago!) and simplify my life overall, I hope to learn a lot from this read.

ks an ankle and finds himself wholly dependent on his family. Tolerance, compassion, integrity, and faith are all tested in this intimate and tragic book.  Bettyville by George Hodgman. When George Hodgman leaves Manhattan for his hometown of Paris, Missouri, he finds himself—an unlikely caretaker and near-lethal cook—in a head-on collision with his aging mother, Betty, a woman of wit and will. She speaks her mind but cannot quite reveal her heart, has never really accepted the fact that her son is gay.  The challenges of Betty’s life and Hodgman’s struggle for self-respect make these two characters unforgettable as they try to bring their different worlds together.

FELICIA KELLEY: LAtitudes: An Angeleno’s Atlas, edited by Patricia Wakida.
This literary and cartographic exploration of Los Angeles reorients our understanding of the city in highly imaginative ways. Illuminated by boldly conceived and artfully rendered maps and infographics, nineteen essays by LA’s most exciting writers reveal complex histories and perspectives of a place notorious for superficiality.

JANINE PAVER: The Unthinkable: Who Survives When Disaster Strikes – and Why by Amanda Ripley
This is a very interesting book written by a journalist after years interviewing survivors of various catastrophic events. The personal accounts are engaging and it is fascinating to see who emerges as leaders in moments of crisis and how crowd thinking unfolds when disaster strikes.
Unbroken: A World War II Story of Survival, Resilience, and Redemption by Laura Hillenbrand

World War II was a major subject of learning for me this past year and I enjoyed this book for both the personal story of a tenacious POW camp survivor and also the larger context of the war and our relationship with Japan.

Ghost Hunters by Deborah Blum
I started with this author’s book, The Poisoner’s Handbook which chronicled the history of poison and forensic detection and liked it so much that I picked up this one. Ghost Hunters focuses on paranormal activity during the 20th century and the cultural connection between the spiritual world and faith-based religion.

JODY SAHOTA: The Girl on the Train by Paula Hawkins

I’m on the train every morning and constantly fascinated by my fellow commuters. I wonder about their lives, where they work, why they choose to sit where they sit and what they’re reading. Most days, my commute is predictable but every so often there’s “excitement” in the form of mechanical issues, police activity and random stops in dark tunnels with no explanations. The protagonist, Rachel too has a predictable daily train ride, until that one day when everything changes due to a shocking event. This book is making me appreciate the predictability of my commute and gratitude for the “normal” people I travel with on a daily basis.

ERIN SCHWARZBAUER: Cooked by Michael Pollan
I love to cook and was intrigued about Michael Pollan’s exploration of the origin and evolution of cooking. I’ve read through the Cooking with Fire section and feel enthusiastic about summer grilling…it also may have influenced my wedding menu: whole-hog roast! 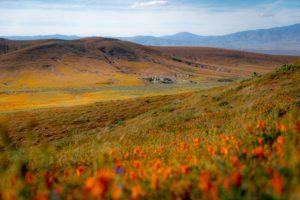